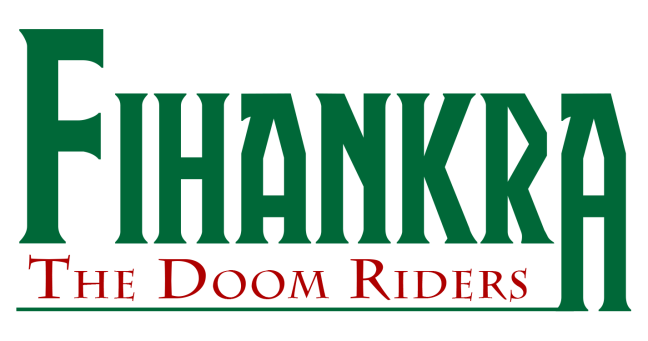 A Peek Inside the Bastion Kickstarter

(Fi-Han-Kra)
The Fihankra are the greatest warriors that have ever treaded the dying land of Ife Oodaye.  The sigil carved into the center of their foreheads resembles a slash of flame.  The same fire glows within the pools of their eyes.  Although this order was instrumental in preventing Lord Obonsam from scattering the last of the great races of Ife Oodaye, it is nonetheless feared.  Even the great Akan king fears the power of this ancient order.

Along with sacrificing their bodies, the Fihankra forsake many things, in favor of protecting Bastion from the remnants of Lord Obonsam’s army.  They are also instrumental in preserving the populace from the ravages of the Gray Mist.

The Doom Riders (as they are also known) continually venture forth into the depths of the Gray Waste.  They search for survivors; they explore ancient ruins; and they hunt down prides of deformed beasts as well as the malingering dead.  Many of the Fihankra fail to return from their lonely patrols.  Sadly, some blame the Fihankra for the Gray Mist.  They suggest that this ancient band of warriors brought forth the mist so that they could use it as a pretext to gain control of Bastion through fear and manipulation.

All the great races can become Fihankra.  The annals of this order include Akan, Tunannu, Rijal-Alhajar, Umbari, and Solari heroes. These individuals have shouldered the burden of this terrifying power and use it to serve Bastion.